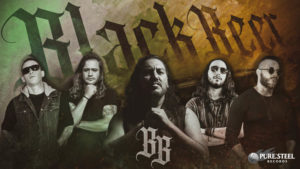 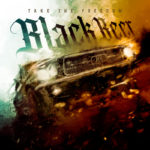 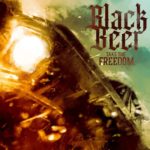 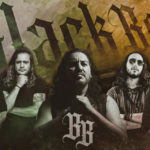 Blackbeer is a band of 5 musicians (Venezuela, Argentina, France) who want to pay tribute to the great masters of hard rock with a more modern sound, riffs and compositions. They want to keep the flame of rock’n roll alive.

The influences of Van Halen, Whitesnake, Skid Row, The Guns N‘ Roses and all the fathers of hard rock can be found.

Blackbeer, founded in 2021 in the south of France, is a band strongly oriented towards the great bands of the 80s.  The compositions, well cemented, offer a wide range of different hard rock trends.

The Reyes brothers, who left Venezuela for political reasons, (former members of the symphonic metal band GAMALYEL, 2003) have been following the musical path of singer Ivan Sencion for a long time and are big fans of his work. Emmy Reyes, guitarist (ANCIENT SETTLERS) was in the French Foreign Legion for 8 years, and his brother Emil Reyes, bass player (GAMALYEL), is a political refugee. Having settled in France only a few years ago, they called upon the Franco-Venezuelan guitarist Bertrand Cape, founder and guitarist of the metal band ALICE IN HELL, and then made friends with the drummer Sylvain Vidal (BLACKBIRDS, CERNUNNOS) ex STONECAST, Metal, France.

Ivan Sencion is currently the singer of the Argentine hard rock band WATCHMEN and the heavy metal band JERIKO, who have shared the stage with bands such as Whitesnake, Europe and many others. Sencion is a mix of the great voices of hard rock, with shades of David Coverdale, Sammy Hagar, Lou Gramm (ex-Foreigner) and many others, he is definitely the centerpiece of this project.

With the exception of the single and the Gotthard cover, all tracks are entirely new, mixed and mastered at AUDYNAMIC STUDIO by Bertrand Cape.

The visual work for their album was done by Brazilian artist Gustavo Sazes.

BlackBeer is an ambitious project that holds in your mouth like a dark beer!