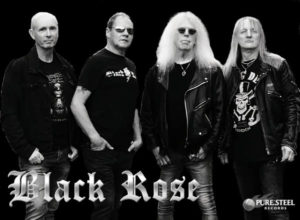 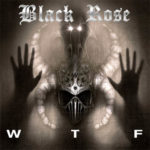 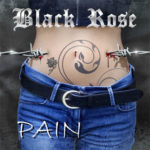 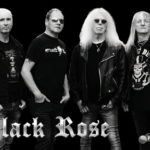 They played gigs all over the North East of England with a mixture of covers and self penned songs, gaining a large local fan base that followed them everywhere they played.

In 1981 they recorded a live demo featuring six tracks at the renowned Impulse Studios in Wallsend, Newcastle the home of Neat Records.

The six tracks were – Alright On The Night, Biker, Killer, Loveshock, Ready Aim Fire and Raised In Hell, which featured in both local and national rock playlists with Killer also getting  into the Bailey Bros.top 10 playlist and featured in KERRANG! magazine.

The line up changed over the next year with only Steve Bardsley remaining from the original line up and he was joined by Chris Watson – Lead Guitar : Mick Thompson – Bass and Mal Smith – Drums.

In 1982 they released their first single on the local Teesbeat label, a track called No Point Runnin‘ which became a bit of an anthem for the band b/w Sucker For Your Love.

A local businessman, who was also a local music promoter called Jim Sculley, became the bands manager and apart from organising gigs and promoting the band, he also struck a deal with a Staffordshire based independent record label called Bullet – who in their early days were an exporter of UK rock music records – to release their first album Boys Will Be Boys in 1984.The album received very good reviews and was the main reason why they ended up being tagged as part of the second wave of NWOBHM, which was very popular within the UK heavy rock scene at the time.

A couple of major record labels started taking interest in the band, most notably Atlantic and Bronze records, but sadly the signing of that major deal never came to fruition.

The band toured all over the UK and played three times at the legendary Marquee club in London as well as playing over in Europe,  where they headlined and also supported some of the biggest names in Rock from the 1980’s including Diamond Head, Budgie, Raven. Spider, Vardis and Terraplane ( who later became Thunder ) to name but a few.

A little disillusioned Chris decided to leave the band and was replaced by Ian Iredale on Lead Guitar, inspiring the band back into the studios to release an EP in 1985 named after the title track Nightmare and also featuring three other songs – Need A Lot Of Lovin‘, Rock Me Hard and Breakaway. This record was a slightly new sounding BLACK ROSE with a more melodic edge to it and big harmony vocals, which seemed to attract a lot of new fans and heralded some excellent reviews from the music press.

Unfortunately Ian only appeared on this one record and Chris rejoined the band alongside new recruit Gary Todd – Guitar/Keyboards, as it was decided that Steve should ditch his guitar and become more of a frontman.

They then went to down to Radio One’s studios in London to record for the Friday Rock Show with the late Tommy Vance and recorded some brand new tracks for the show.

In 1986 they went back into Impulse Studios to record their second album Walk It How You Talk It which also featured a young Pat O‘ Neil – Lead Guitar, after Chris left for a second time to move to pastures new.

This album was a lot more melodic than their previous releases and was even compared by one journalist as being the UK’s answer to Bon Jovi, with comparisons also being made to Def Leppard and Heavy Pettin‘ by music writer Martin Popoff, all fantastic praise indeed.

The record was also picked up for release by the giant K-Tel organisation in the USA where it was repackaged and even came out as an early CD version which is now very rare.

There was a major setback when they were ready to go to America for a promotional tour in 1987 but it was cancelled due to some ridiculous legal wrangling, which left the band very disillusioned and even though a new line up was put together to gig and record, they eventually folded in 1989.

In 2006 Steve, Chris, Mal and new bass player Kiko Rivers, decided to get back together to initially record a new album called Cure For Your Disease, which was released as download only in 2010 and later officially released on CD by Metalizer records in 2012.

In 2010 Mal left the band to pursue other interests, so Barry Youll, who had played with the band between 1986 – 87, rejoined for a short time before being replaced with drummer Chris Bennet.

In 2011 they were also re-united with former guitarist Kenny Nicholson and played their first gig in over 20 years at the Cradle Will Rock all day festival at the Civic Hall in Shildon, Co.Durham UK, which led to the band putting together some live dates for 2012 and beyond.

The band played some large Rock festivals including Hammerfest lV, Brofest 1 and 3 and The Xmas Rocka in the UK, the Headbangers Open Air festival in Germany and the Play It loud festival in Italy.

Over the next few years there were re-releases of the first two albums in CD format on the Blood and Iron label.

In 2015 the band started writing their fourth studio album and decided to go back to the heavier side of their music, as ‘ Cure ‘ was a more Classic Rock/Blues style, this album was to be more like how they were originally.

The new album also features one of their original drummers – Paul fowler and is now finished and awaiting an official release.

Tentatively titled WTF the 12 track album has received interest from quite a few record labels that include Hellion and Metalizer ( both have released stuff by the band before ) as well as Pure Steel, Lost Realms and Progador.