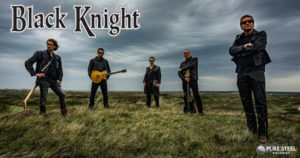 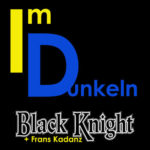 Formed in 1981 (under the name ‘Capture’ until 1982), Black Knight has been a driving force in the Dutch metal scene for more than 35 years. After releasing two demos in the 80s and early 90s, the band’s long awaited first full-length came out in 1998 on Aeon Records carrying the title “Tales From the Darkside”. In the wake of the album’s release Black Knight went on tour including shows in the Benelux, Germany and Bulgaria until their second album “The Beast Inside” was released in the year 2007.

Over the years Black Knight has had many changes of personnel, but drummer and founding member Rudo Plooy has been a constant factor. Since 2017 the band has been working on a third full-length album with in the line-up vocalist David Marcelis, guitarists Machiel Kommer and Ruben Raadschelders, and bassist Ron Heikens. The band teamed up with producer Gertjan Vis (guitars 1996-2000, 2012-2016) to record and mix the album over the course of 2019.

With the album ready to hit the streets the band is laying out plans to bring the heavy metal faith to all corners of the globe. Due to logistical reasons Machiel Kommer and the band had to split ways, but, fortunately, Gertjan Vis was found prepared to enter into the fold.

Sharper and faster than ever before, Black Knight is coming for you!